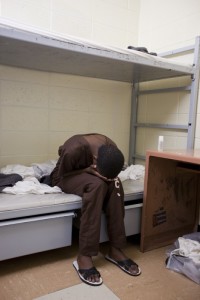 While NJDC’s work focuses on the representation of youth in the delinquency system, many defenders must represent youth in both adult and juvenile court, as the number of youth tried as adults has increased drastically over the past two decades. Even though this trend runs contrary to the rehabilitative focus of the juvenile justice system, defenders representing  youth in the adult system must ensure that the procedures comply with due process, that their clients are treated fairly, and that their clients still receive the services and education they need and deserve.

Defenders should also advocate that any child client who is being tried as an adult be placed in a juvenile facility, as youth in adult facilities are far more susceptible to physical, sexual, and emotional abuse.

For more on youth in adult court… Search Our Database