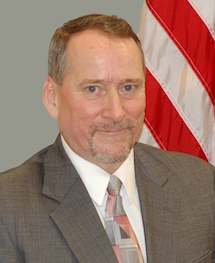 Rob Mason is the Director of the Juvenile Division for the Public Defenders Office in the Fourth Judicial Circuit and has been an Assistant Public Defender since 1990.  He is the Chair of the Florida Public Defender Juvenile Justice Committee and a past Chair of the Florida Bar Committee for the Legal Needs of Children.  He serves on the Advisory Board for the Southern Juvenile Defender Center and is a past Chair of the Florida Juvenile Court Rules Committee.  As Chair, he helped implement a court rule mandating that juveniles have a right to confer with counsel before making a decision whether to waive counsel.  He also helped pass a rule opposing indiscriminate shackling of juveniles for court appearances, presenting the rule to the Florida Bar Board of Governors for approval, and successfully arguing it in front of the Florida Supreme Court.  Mr. Mason has also appeared before that court successfully advocating for a court rule that children be warned of possible immigration consequences before the court accepts a plea.  Mr. Mason has authored the chapter “Disposition in Delinquency Cases” in Florida Juvenile Law and Practice.  He has testified on juvenile issues before committees of the Florida Senate and Florida House and has lectured nationally on various juvenile issues.  He participated as an active member of the Advisory Committee for the Juvenile Justice Center at Barry University and the Juvenile Indigent Defense Action Network.  Mr. Mason was the trial attorney in the case of J.R. v. State, a case of first impression in Florida allowing a parent to remain in the courtroom during trial even when they are a defense witness and the rule of sequestration has been invoked.  The MacArthur foundation honored him as a 2010 Models for Change “Champion for Change”.