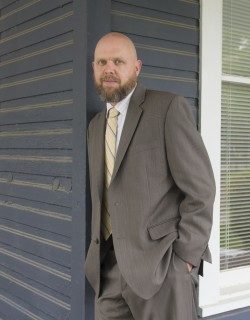 Jacob Howard joined the Roderick and Solange MacArthur Justice Center at the University of Mississippi School of Law in 2015. He serves as Legal Director and works out of MJC’s office in Jackson, Mississippi. Jake has litigated civil rights and criminal cases at the trial, appellate, and post-conviction stages in state and federal court.

Since 2013, he has been the co-coordinator of an effort to ensure that all juvenile offenders serving life sentences in Mississippi’s prisons receive an opportunity for release on parole pursuant to the United States Supreme Court’s decisions in Graham v. Florida and Miller v. Alabama.

From 2010 to 2012, Jake was an E. Barrett Prettyman Fellow at the Georgetown University Law Center in Washington, D.C. As a Prettyman Fellow, he represented indigent criminal defendants in the Superior Court of the District of Columbia, while also supervising student-attorneys and assisting with classroom instruction in Georgetown’s Criminal Defense and Prisoner Advocacy Clinic. Before the Fellowship, Jake was a law clerk for the Honorable Myron H. Thompson in the United States District Court for the Middle District of Alabama.

Jake is admitted to practice in all Mississippi state and federal courts and the Fifth Circuit Court of Appeals.