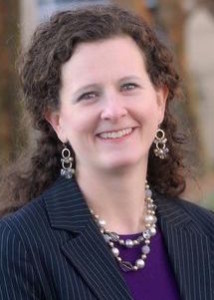 Heather Scalzo was born and raised in Greenville, South Carolina.  As a third-year law student, she was active in the Child Advocacy Clinic and upon graduation was awarded the Sera Ramcharitar Memorial Prize for her work on behalf of women, children, and families.

After law school, she worked as an attorney-advisor for the Social Security Administration’s Office of Hearings and Appeals before joining the Greenville County Public Defender Office in Greenville, SC, where she has been an assistant public defender since June 2005.  Ms. Scalzo practices exclusively in Family Court representing juveniles in delinquency proceedings.  Ms. Scalzo is a member of the Family Court subcommittee of the SC Supreme Court Docket Management Task Force.  She has been a member of the SC Children’s Justice Act (CJA) Task Force since January 2012. The CJA Task Force makes policy and training recommendations regarding methods to better handle child abuse and neglect cases. The South Carolina Public Defender Association awarded Ms. Scalzo with the “Juvenile Public Defender of the Year” award in September 2012.  She is a member of the South Carolina Bar and the Greenville County Bar Association.