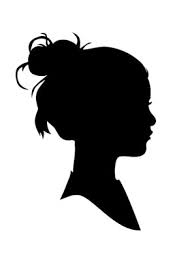 ETHOS: Extending the Hands of Service Award
Recent Graduate Award for Outstanding Leadership in Public Service – one of only two ever given,
Mercer University, Walter F. George School of Law (February, 2009)

Amy Bell is an Assistant Public Defender IV serving in the Juvenile Division of the Macon Judicial Circuit in the heart of Georgia. After working at United Way of Central Georgia, Inc., she attended law school at Mercer University. She clerked with the Office of the Child Advocate reviewing complaints against the Department of Family and Children’s Services (DFCS) and reviewing the mandatory reporting law. After her clerkship with the Office of the Child Advocate, she served as a Third Year Law Clerk, eligible to practice under a supervising attorney, in the District Attorney’s Office in Macon, Georgia, in the juvenile and property divisions. Upon being sworn into practice, Amy was one of the original assistant public defenders in her circuit and has served in both the juvenile and property divisions since the office opened, representing thousands of clients from the unruly child up to and including clients facing serious violent felonies. She developed cheat sheets of the new juvenile code for juvenile defenders in her state (currently being revised) and is working on a Collateral Consequences Project for the State Bar of Georgia’s Child Advocacy & Protection Section. She has been married since 1999 to her husband Greg, and they share a hilarious little girl.