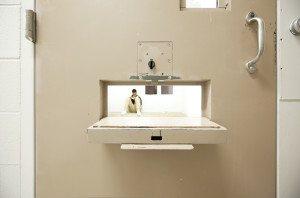 All 50 states authorize pre-trial detention for juveniles, although practices for detaining children vary widely within states and by county. NJDC and the United States Department of Justice believe the U.S. Constitution requires that any child who is taken into custody by the police or any government official must be brought before a judge within 48 hours for hearing to determine whether the child was rightfully detained and whether continued detention prior to trial is warranted. Not all jurisdictions, however, adhere to this 48-hour time-frame.

The extraordinary numbers of youth in the United States who appear for detention hearings without the assistance of counsel is alarming. Despite clear direction from the Supreme Court that all juveniles are entitled to counsel when their liberty interests are at stake, some jurisdictions regularly deny youth access to counsel at detention hearings or have procedures in place that effectively coerce youth into waiving counsel.

With or without counsel, detention hearings are incredibly scary and stressful situations for youth and their families.  For this reason, when counsel is appointed to a case, it is critical that he or she make every effort to have meaningful contact with a client prior to the detention hearing, guide the youth through the hearing, and zealously advocate for the immediate release of the child, as long as doing so is consistent with the child’s stated interest.

For more on detention …  Search Our Database