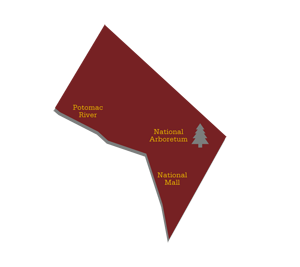 The District of Columbia provides counsel to indigent youth through its Public Defender Service (PDS), which represents up to 60% of indigent defendants in D.C., including youth. The remaining defendants are represented by private attorneys drawn from a panel list prepared and maintained by the PDS.

At PDS, the juvenile trial division is staffed by incoming attorneys. PDS attorneys generally do not remain in the juvenile division beyond their first year. PDS provides specialized training, not only for their own attorneys, but also for the D.C. juvenile panel attorneys, who are required to attend specialized training before applying for the juvenile panel list and adhere to juvenile defense specific practice standards, outlined in the Attorney Practice Standards for Representing Juveniles Charged with Delinquency or as Persons in Need of Supervision.

In the District of Columbia, “a child alleged to be delinquent or in need of supervision is entitled to counsel at all critical stages of Division proceedings, including the time of admission or denial of allegations in the petition and all subsequent stages.” D.C. Code § 16-2304(a). The rules for juvenile proceedings dictate that an attorney must be appointed at all judicial proceedings. Super. Ct. Juv. R. 44(a)(1). Specific proceedings in which youth have a right to counsel include, but are “not limited to:

Youth also have a right to counsel at probation revocation hearings. Super. Ct. Juv. R. 32(i)(3).

The District of Columbia has no presumption of indigence in juvenile court proceedings. “If the child and [their] parent, guardian, or custodian are financially unable to obtain adequate representation, the child shall be entitled to have counsel appointed for [them] in accordance with rules established by the Superior Court.” D.C. Code § 16-2304(a). The Public Defender Service, through its Criminal Justice Act office, conducts financial eligibility interviews of arrestees and defendants. Even though the income of the youth’s custodian is considered in the determination of appointed counsel, “if counsel is not retained for the [youth], or if it does not appear that counsel will be retained, counsel shall be appointed for the [youth].” Super. Ct. Juv. R. 44(a)(1).

The District of Columbia does not have a specific juvenile statute or rule addressing a youth’s waiver of counsel.

The age of a youth who comes within the jurisdiction of the state’s juvenile courts is defined by state law. In the District of Columbia:

Despite the existence of juvenile courts, many youth are still tried as adults. The District of Columbia has two ways that youth can be prosecuted as adults:

The District of Columbia Assessment was completed in 2018.