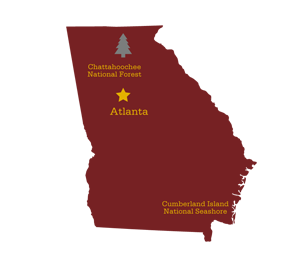 Georgia provides counsel to indigent youth through a statewide public defender system, the Georgia Public Defender Council (GPDC), in which public defenders are appointed in each judicial circuit. Each circuit defender is required to establish a juvenile division to specialize in youth representation and to represent youth in any juvenile court case that may result in confinement, commitment, or probation, as well as related appeals. Ga. Code Ann. § 17-12-23(a), (c). The requirement to establish juvenile divisions has not yet been funded by the state, so counties are left to fund juvenile defense on their own.

Georgia has no statutorily required or recommended training requirements or standards for attorneys representing youth in delinquency proceedings. The Council of Juvenile Court Judges establishes education seminars on juvenile law and procedure, child development and psychology, sociological theories relative to delinquency, and breakdown of the family structure for its judges. Ga. Code Ann. § 15-11-59. The GPDC is responsible for ensuring the effective representation of indigent persons. Ga. Code Ann. § 17-12-1(c). No standards are currently available. The indigent defense system is funded by a mix of state and county funds. Ga. Code Ann. § 17-12-34.

The GPDC does not provide representation in six counties.

Georgia has no presumption of indigence in juvenile court proceedings. “The circuit public defender, any other person or entity providing indigent defense services, or the system established pursuant to Code Section 17-12-80 shall determine if a person or [youth] arrested, detained, or charged in any manner is an indigent person entitled to representation under this chapter.” Ga. Code Ann. § 17-12-24(a). Qualification for a public defender as an indigent defendant for Georgia youth is determined, by statute, by the parents’ income. Ga. Code Ann. § 17-12-2(6). Individuals must apply within their county. Regardless of indigence, appointment of counsel for youth is automatic and cannot be waived, unless a youth has met with counsel and his or her liberty is not at risk. Ga. Code Ann. § 15-11-475(a), (c).

When and how the court may decide to detain a youth or otherwise place restrictions on the youth’s freedom is defined by statute and court rules.

In Georgia, “a detention hearing shall be held promptly and not later than:

“If the detention hearing cannot be held within two days . . . because the date for the hearing falls on a weekend or legal holiday, the court shall review the decision to detain such child and make a finding based on probable cause within 48 hours of such child being placed in preadjudication custody.” Ga. Code Ann. § 15-11-506(c).

The age of a child who comes within the jurisdiction of the state’s juvenile courts is defined by state law. In Georgia:

Despite the existence of juvenile courts, many youth are still tried as adults. Georgia has two ways that youths can be prosecuted as adults:

The Georgia Assessment was completed in 2001.