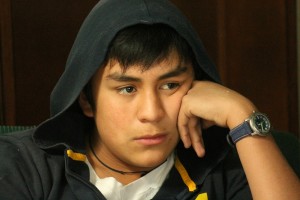 The following brief summaries highlight several aspects of adolescent development that are important to consider when representing youth in the juvenile justice system. The studies reviewed focus primarily on youth’s psychosocial development. Psychosocial development refers to internal psychological processes that are influenced by and interact with social/environmental cues. Many developmental and legal scholars argue that certain psychosocial characteristics of adolescence (susceptibility to peer influence; lack of future orientation; lower impulse control) should mitigate the culpability of young offenders because their decision-making capacities are often still immature and not fully developed. However, some of these same psychosocial characteristics (e.g., lack of future orientation) also speak to youth’s vulnerabilities in interrogation settings.

A couple of the studies reviewed discuss youth’s cognitive development (e.g., how youth think, reason and process information). Since youth are still developing cognitive capacities, they are at a higher risk than adults of being incompetent to stand trial, and for invalid waivers of Miranda.