Colorado: An Assessment of Access to Counsel and Quality of Representation in Juvenile Delinquency Proceedings (Winter 2012) 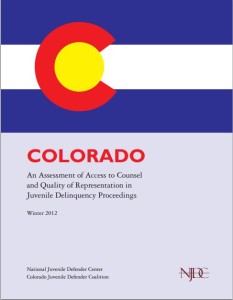 Following NJDC’s Assessment, the State Legislature established a legislative study committee to investigate issues raised in the assessment.  Following the Interim Committee’s term, it proposed the following two pieces of legislation that changed the way the juveniles had access to counsel and to defense social workers across the state.

Learn more about the Colorado Juvenile Defense Attorney Interim Committee established in the wake of the Assessment’s release. 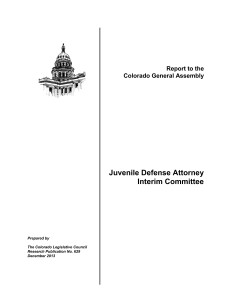