The Juvenile Defender Leadership Summit brings together hundreds of juvenile defense attorneys from every state, the District of Columbia, and Puerto Rico. The purpose of the Summit is to energize and inspire attorneys who are often faced with staggering caseloads, extremely limited resources, and a juvenile justice system that is fraught with racial and ethnic bias. The Summit, the only national gathering of juvenile defenders, enables defenders to come together to take part in cutting-edge workshops, to develop and share strategies to better represent the legal interests of children, to learn from experts, and to draw strength from their community. We hope defenders leave the Summit with the renewed courage to keep fighting, with the knowledge they have a juvenile defense community standing firmly behind them, and with a deeper understanding of how incredibly important their work is in the lives of so many children. 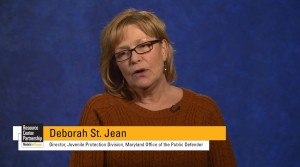 Hear what our community thinks about the role the National Juvenile Defender Leadership Summit plays in their ongoing professional development.