In the U.S. tens of thousands of youth are currently locked up in secure facilities. Too often, these youth are held in facilities where they are subject to physical and emotional abuse that threatens not only their immediate safety, but their long-term well-being. Standard 2.8 Obligation to Investigate and Address Custodial Mistreatment of the National Juvenile Defense Standards provides “[i]f counsel learns that the client has experiences abuse or misconduct by law enforcement, detention officials, or other persons in a custodial facility, with the client’s consent, counsel should document the extent of client’s injuries and take appropriate steps to stop the mistreatment….” As such, it is especially important that juvenile defenders maintain contact with their clients being held in secure custody in order to continue to advocate on their behalf and address any harmful conditions of confinement that may arise. 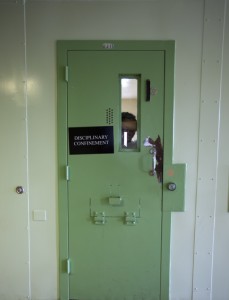 Highlighted below are common conditions of concern, as well as mechanisms and resources through which defenders and advocates may address such conditions.

Related to PREA, the Office of Justice Program’s Bureau of Justice Statistics (BJS) published a report, in January 2009, based on the National Survey of Youth in Custody, entitled Sexual Victimization in Juvenile Facilities Reported by Youth, 2008-2009. The study indicated that more than one in ten youth in state juvenile facilities and large local facilities reported experiencing at least one incident of sexual victimization by staff or youth in the previous 12 months.

The United States Department of Justice, Civil Rights Division, Special Litigation Section investigates conditions of confinement in juvenile facilities nationwide. Their website contains a list of complaints, briefs, settlements, court decisions, and other resources from those efforts. U.S. Attorney General Eric Holder has also released a strong statement calling on states to change their isolation practices, because of the harm it can cause to youth.

For more on conditions of confinement… Search Our Database