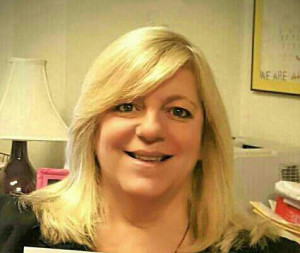 Tamara (Tami) Steckler is blazing a trail for a new approach to young people who make mistakes. Tami believes that there should be no juvenile justice system, and shares that belief with anyone who will listen, including policy makers and elected officials. Her perspective is informed by almost thirty years of working on behalf of children involved with New York’s child welfare and juvenile justice systems, and has resulted in significant reforms in the way systems in New York treat children.

Tami is the Attorney-in-Charge of the New York Legal Aid Society Juvenile Rights Practice, overseeing 350 staff representing more than 34,000 clients in all five boroughs of New York City. She oversees the work of advocates in six borough offices providing legal representation at the trial and appellate level, and through impact litigation and law reform at the local, state and national level. The Juvenile Rights Practice represents children in juvenile justice and child welfare proceedings and takes an inter-disciplinary approach to representation.

Tami is vocal with her opinion that the juvenile justice system should not exist. Tami would replace it with research-based, data-driven, individualized approaches to holding youth accountable for  mistakes they make, even those that may be defined as “crimes”, outside the justice system, like the one utilized for more affluent white children. She has successfully sued New York State regarding conditions of confinement and pushed reforms that utilize non-incarcerative programming that is consistent with youth development. This includes New York’s Close to Home Initiative, which provides both a continuum of services for youth who are charged and adjudicated as delinquent that keeps them out of confinement, and ensures if they are detained they remain close to their homes, communities and their lawyers which is critical to the post-dispositional advocacy practice developed under her leadership. Other initiatives that Tami helped lead are the implementation of weekend and holiday arraignments for children, so arrested children are arraigned within 24 hours, 7 days a week, the development of decision-making tools that result in fewer children being detained, and the passage of legislation that capped the number of clients an attorney for a child could handle at any given time, significantly lowering attorney caseloads in New York State.

In every reform initiative in which she participates, Tami says her most important job is “being a strong and unrelenting voice for the youth we serve at every juncture, every table, and every conversation in which their rights and liberties are discussed.” Tami’s philosophy of keeping the youth perspective at the forefront is a consistent theme in all her work. Her approach is shaped by her years of work in this field, her experiences as a foster parent of teens, and her belief that “children deserve lawyers who do not dismiss or judge their positions or responses, but who value their incredible abilities to think and develop strategies regarding their own lives, with their attorney’s input.” Tami went to law school to become an advocate for children, believing that “while children may not always know what is best for them from an adult perspective, they do know best what they want, and the role of an attorney for a child must be to present that position to the court as zealously and completely as possible.”

As the leader of the largest law office for children in the country, Tami firmly believes that providing an organizational environment that allows for specialized, creative, vigorous, and passionate juvenile defense is an under-valued part of criminal defense. And while she misses having direct client contact, she find that heading the Juvenile Rights Practice and working every day to ensure her staff has the physical, intellectual, and emotional support they need is something she not only enjoys, but strives to do well. Tami believes that every area of the work done at JRP is valuable: trial and appellate court advocacy, impact advocacy, and legislative and policy work all are important in their own right, but it’s the collective that JRP is able to provide that makes the difference for their clients.

Tami’s message is always clear. She takes every opportunity to speak about the issues her clients and their families face: the poverty that impacts them; the racism they face each and every day, both in the juvenile justice system but also in other systems; and the challenges and tremendous obstacles they and their families must confront and, most importantly, overcome against all odds each and every day. She firmly believes that juvenile defenders are responsible not just for providing defense, but for ensuring humane and compassionate outcomes for children and, by connection, their families. Legal advocacy is just one way to do that.

Tami’s leadership successes include the implementation of data collection and analysis for reform efforts and for operation improvements within the Juvenile Rights Practice. Tami acknowledges that “data collection is not for the faint of heart,” but she believes “it is critical in both measuring success and for determining where and how improvements need to be made.”

Tami shares her expertise sitting on numerous local, state, and national reform groups, speaking at conferences and training events and publishing articles, including “Litigating Racism: Exposing Injustice in Juvenile Prosecutions and Perspective: A New Era in Representing Children.” Her outstanding work on behalf of children was recognized by the Committee on Children and the Law of the New York State Bar Association, which awarded her the Howard A. Levine Award for Excellence in Juvenile Justice and Child Welfare, recognizing her work protecting and promoting the rights of New York’s children. Tami’s work on behalf of children also makes her one of the great leaders who make the juvenile defense community strong; NJDC is proud to recognize her as a trailblazer for juvenile justice.

Most recently, Tami joined the Board of Directors at NJDC where her leadership and expertise will continue to influence the direction of the juvenile defense field nationwide. Read about other juvenile defense trailblazers that NJDC has highlighted.