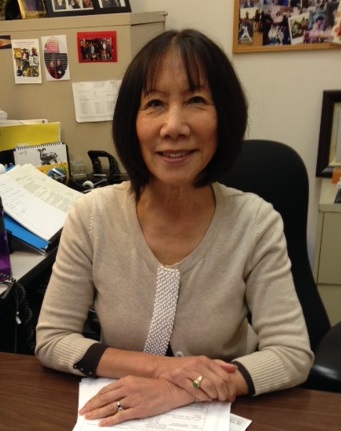 Patti Lee has been a powerful force in juvenile justice reform for over thirty years. A tireless advocate for the fair and humane treatment of youth, Patti began representing young clients in 1981 in the San Francisco Public Defender’s Office Juvenile Division, where she currently serves as the managing attorney.

Patti Lee’s leadership in promoting and implementing innovative strategies to reduce juvenile incarceration is exemplary. During her tenure at the San Francisco PD’s Office Juvenile Division, Patti ushered in a new era of defender services in the state of California by pioneering the use of dispositional advocacy and social work services within the Juvenile Division. By developing and promoting the use of defense-based disposition reports to argue against correctional institutional commitments, Patti changed the course of juvenile defense and her office nearly eliminated state institutional commitments from San Francisco.  In fact, ten years after Patti initiated the practice of advocating for disposition alternatives, San Francisco went from having the highest commitment rate of youth to correctional facilities in California to having the lowest in the state. Thanks to the continued advocacy of the public defender’s office under Patti’s direction, San Francisco continues to commit the fewest number of youths to correctional institutions than any other county in the state.

In recent years, Patti has expanded her leadership role to the regional and national level by serving on the Family and Law Advisory Committee of the Judicial Council, Center for Families, Children and the Courts; bringing together juvenile defenders from throughout the states of California and Hawaii to improve practices and provide supportive expertise as the co-director of the Pacific Juvenile Defender Center, a regional affiliate of NJDC that supports juvenile defenders at the regional level; being appointed as a member of the “Committee on A Prioritized Plan to Implement a Developmental Approach in Juvenile Justice Reform,” a project of the National Research Council of the National Academies of Sciences; and acting as a core member of the John D. and Catherine T. MacArthur Research Network on Adolescent Development and Juvenile Justice – an interdisciplinary agency bridging research, policy and practice for “at-risk” youth around the country.

Among the leading juvenile justice advocates in the nation, Patti Lee’s advocacy for children extends beyond the courtroom to the community on both a practical and policy level. Patti is a founding member of the Center for Young Women’s Development, a peer-led organization that hires at risk young women to provide outreach and advocacy for other young women who have lived or are living on the streets, and have worked or are working in the sex industry or other street economies. Patti is an active board member of the Center for Juvenile and Criminal Justice and of the East Bay Children’s Law Offices which provides legal representation for all youth in the child welfare system in Alameda County. For the past 8 years, Patti has performed a leadership role in organizing and facilitating quarterly meetings of California’s leading juvenile justice advocacy groups, which have resulted in the major policy initiatives that have substantially reduced California’s youth incarceration rate.

A true champion for change, Patti continues to blaze trails in California and across the country. She is one of many great leaders that make the juvenile defense community strong. Read about other juvenile defense trailblazers that NJDC has highlighted.