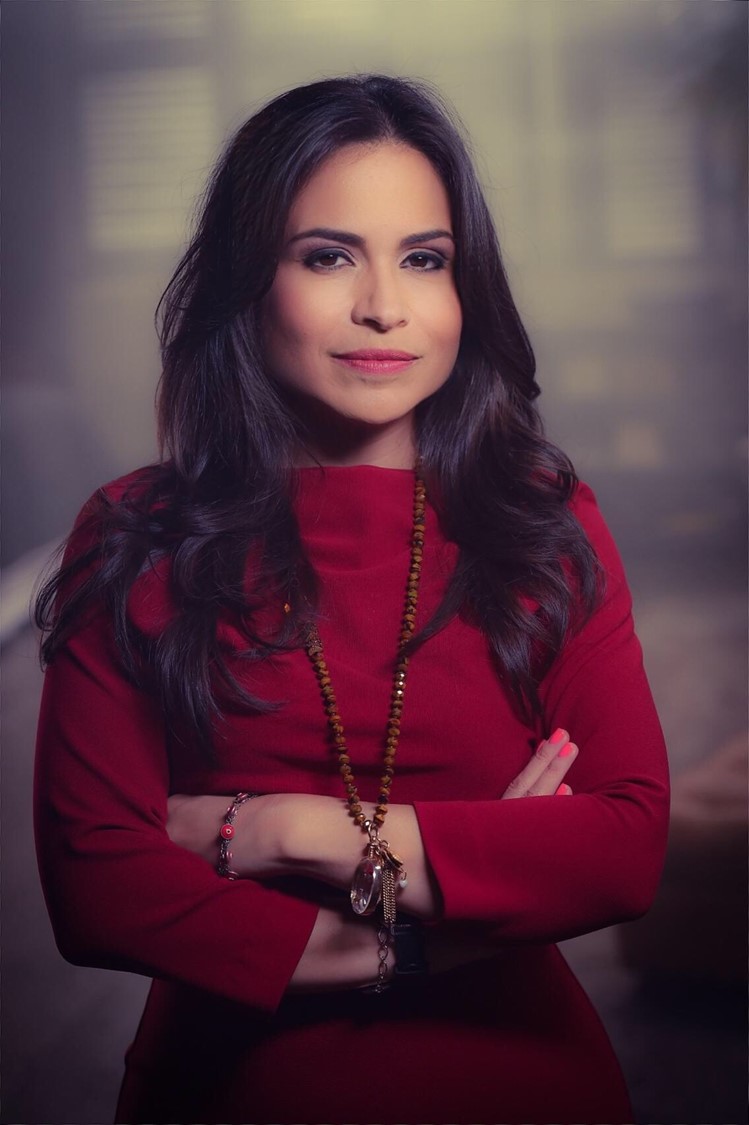 Romero is an Emeritus board member of the Community Foundation of Northeast Georgia, and serves on the boards of the Hispanic Organization Promoting Education, The American Heart Association – Metro Atlanta, The Boys Scouts of America – Metro Atlanta, The New Media Education Foundation of Georgia, Corners Outreach and was the first Latina to serve as President of the League of Women Voters of Gwinnett County. Romero holds a degree in Journalism from Universidad Católica Argentina as well as a degree in Social Communications from Universidad de Belgrano. She also studied TV Broadcasting and Production at Buenos Aires “Centro de Estudios de la Comunicación”. She is a native of Caracas, Venezuela and a proud mother to 19 year old son Mateo.

As world-renowned playwright, poet and intellectual Bertolt Brecht wrote: “Injustice is human, but more humane, the struggle against injustice!” This phrase is a guiding principle in my life, and it is also why I feel so honored to support as board member, the work of The National Juvenile Defender Center. 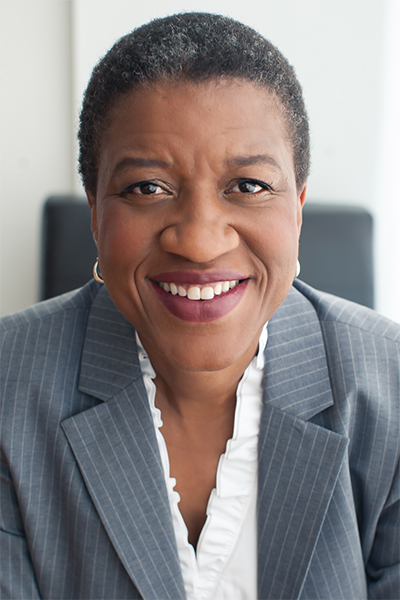 Antoinette Kavanaugh, Ph.D., ABPP is Board Certified in Forensic Psychology, is the former Clinical Director of the Juvenile Justice Division — Cook County Juvenile Court Clinic, served as a clinical professor at Northwestern University’s School of Law for ten years, is a Lecturer at the Feinberg School of Medicine, Northwestern University, Chicago, IL,  is an alumnus of the American Psychological Association’s Leadership Institute for Women in Psychology and a Fellow for APA’s Division 42, Psychologists in Independent Practice. She has authored several peer-reviewed articles and routinely educates lawyers and psychologists on issues related to adolescent development and obtaining and conducting forensic evaluations. In private practice since 1999, she evaluates juveniles and adults for civil cases, criminal state and federal court cases, has been retained in multiple Miller v. Alabama cases and testifies regularly in state and federal courts. Dr. Kavanaugh and Dr. Thomas Grisso recently wrote Sentencing Juveniles in Adult Court which will be published by Oxford University Press. The book, written for mental health clinicians conducting de facto life or Miller sentencing evaluations, details a developmentally sensitive approach to these unique evaluations.

I joined the NJDC Board because of  NJDC’s devotion to educating those in the legal system about how youth and adults are fundamentally different. 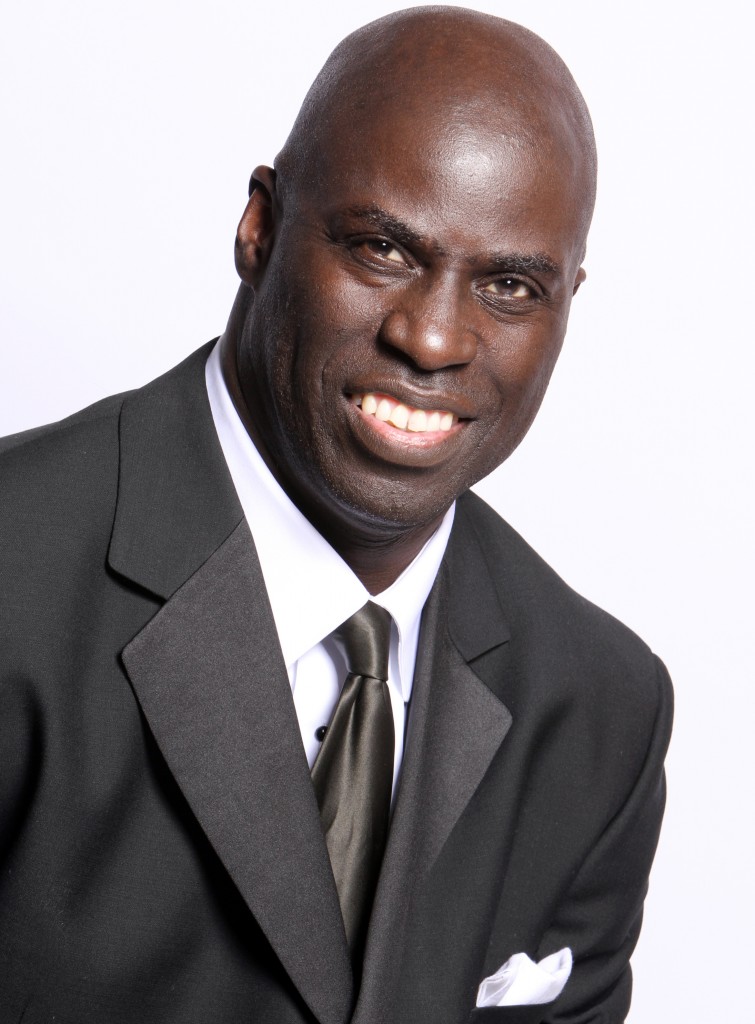 This Jacksonville, Florida native has come a long way of words since 1991. He is the founder of The Stewart Foundation, Love Jones Sundays, Five Men on a Stool, Hank’s Muse and the “IT” factor. He has authored seven books and produced DVDs. 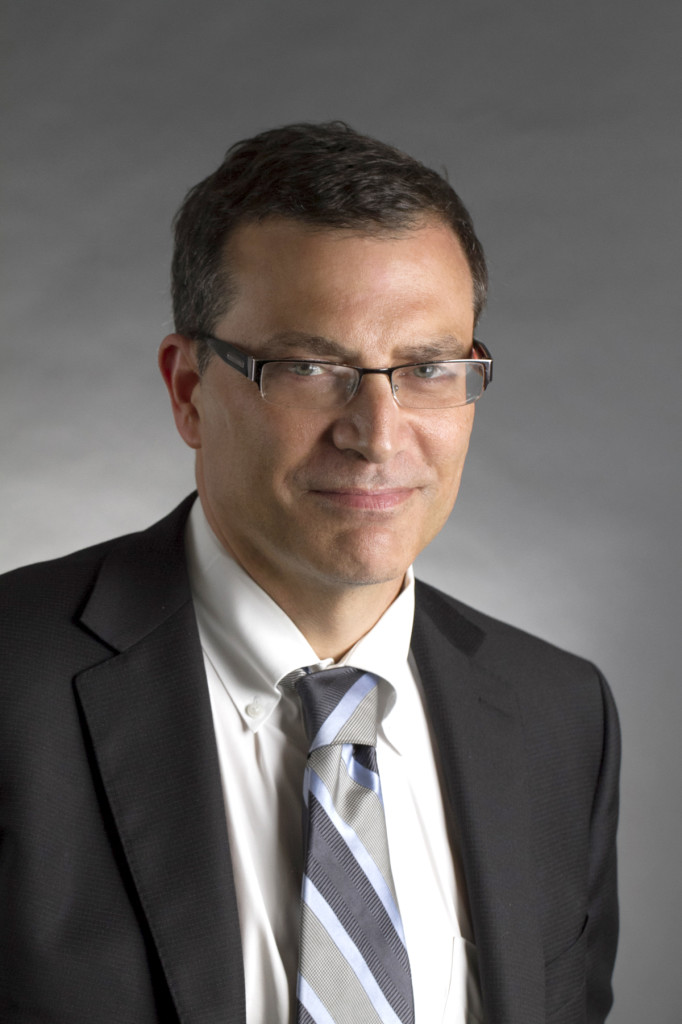 Kenneth “Ken” Schmetterer is a partner in DLA Piper’s Litigation group with has extensive experience before administrative bodies, including the Financial Industry Regulatory Authority and the American Arbitration Association. His commercial litigation experience includes the prosecution and defense of an array of fraud, breach of contract, insurance coverage, negligence, negligent misrepresentation and tortious interference claims, among others, on behalf of a wide spectrum of businesses cutting across many industries.

Ken is extensively involved in pro bono work and serves as pro bono counsel, director and a volunteer for UMOJA Student Development Corporation. He joined the NJDC Board of Directors in 2013. 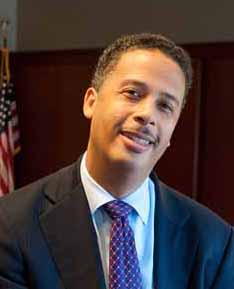 Michael Pinard is the Francis & Harriet Iglehart Professor of Law, and the Co-Director of the Clinical Law Program at the University of Maryland Francis King Carey School of Law. He currently teaches the Youth, Education, and Justice Clinic, Criminal Procedure II, and the Policing, Communities and Law seminar. He has published several law review articles and op-eds on the criminal process, criminal defense lawyering, race and criminal justice, and the interconnections between the reentry of individuals with criminal records and the collateral consequences of criminal convictions. He is co-editor-in-chief of the Clinical Law Review and served on the Clinical Skills Committee of the ABA’s Section on Legal Education and Admissions to the Bar.

Pinard received his juris doctor from the New York University School of Law. He was a staff attorney with the Neighborhood Defender Service of Harlem and the Office of the Appellate Defender in New York City. From 1998 to 2000, he was a Robert M. Cover Clinical Teaching Fellow at Yale Law School. Prior to coming to Maryland in 2002, he was an Assistant Professor at St. John’s University Law School and a Visiting Associate Professor at Washington University School of Law in St. Louis.

I joined the Board because of NJDC’s mission to support the urgent work of youth defenders throughout the United States as well at its unrelenting commitment to hold the systems in which too many of our children find themselves accountable. 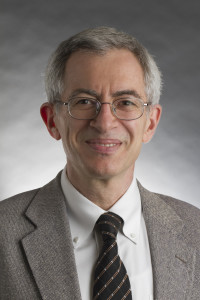 Randy Hertz is the Vice Dean of the NYU School of Law and the director of the law school’s clinical program. He has been at the law school since 1985, and regularly teaches the Juvenile Defender Clinic and a simulation course entitled Criminal Litigation.

Randy writes in the areas of criminal and juvenile justice and is the co-author, with Professor James Liebman of Columbia Law School, of a two-volume treatise entitled “Federal Habeas Corpus Law and Practice,” and also the co-author, with Professors Anthony G. Amsterdam and Martin Guggenheim of NYU Law School, of a two-volume manual entitled “Trial Manual for Defense Attorneys in Juvenile Court.”

Randy is also an editor-in-chief of the Clinical Law Review. Randy joined the NJDC Board of Directors in January of 2012.

Philip “Phil” Inglima is a partner in Crowell & Moring’s White Collar & Regulatory Enforcement Group. He has litigated a broad range of criminal and civil matters in trial and appellate courts, with an emphasis on criminal frauds and parallel civil and regulatory enforcement proceedings.

Phil frequently conducts internal investigations for corporations, with recent efforts focusing on the Foreign Corrupt Practices Act, the Federal False Claims Act, and alleged procurement fraud, bribery, false statements, and environmental crimes. He counsels companies in the development and implementation of compliance programs, and guides clients through regulatory reporting and disclosure processes and congressional investigations. In high-stakes, high-profile matters, he has achieved outstanding results for a wide variety of corporate and individual clients over the past 25 years.

Phil’s background includes two years as a senior member of the Independent Counsel team appointed In re: Bruce Babbitt, and a clerkship for U.S. District Judge June L. Green. An alumnus of Georgetown University’s College and Law Center, Phil remains active in the University community, and has served as an adjunct professor at Georgetown Law. 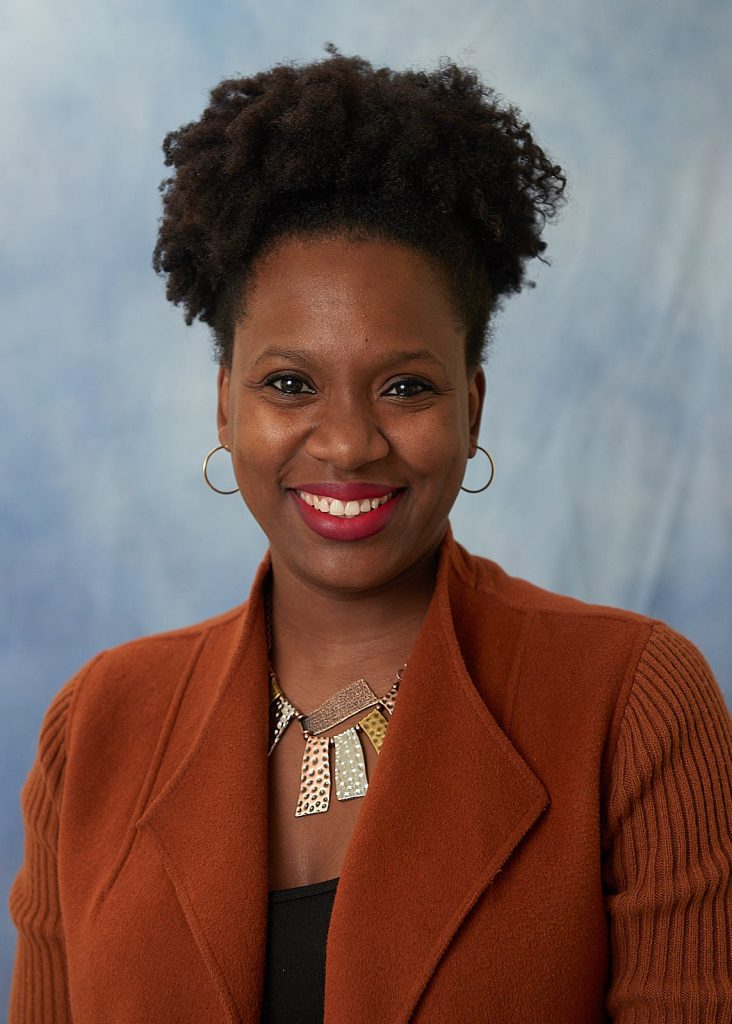 Anastacia Johnson is the Director of Talent Development at The R.I.S.E. Schools in Atlanta, Georgia. She has been at The R.I.S.E. Schools since 2016. She began her work by designing R.I.S.E.’s first Saturday school program which successfully closed learning gaps and accelerated growth for participants. Soon after, she joined the team full-time as Student Life Manager where she created and curated both academic and social emotional programs aimed at ending the school-to-prison pipeline and promoting positive behavior. She then served as Assistant Principal for three years. In urband education since 2011, Anastacia has co-founded a girls mentoring program, taught English, math, and science in the United States and in the Middle East, started an educational consulting business and authored curricula.

In recent years, her work has expanded to include nonprofit and faith-based leaders, supporting those whose desire is to deepen their transformational impact, and serve by meeting the expressed needs of their community.

Anastacia is graduate of Spelman College and Mercer University where she studied Psychology (B.A.) and Education Leadership (M.Ed). She is married to the love of her life, Richard A. Johnson Jr. and is the mother of one adorable son, Richard A. Johnson III.

During my ten-year career as an educator in predominantly Black spaces, I have become painfully aware of the intersectionality of race and class; specifically, how this intersectionality often precedes and predicts how young people will be engaged by local authority. As a professional practice and ethical commitment, I seek out ways to influence and improve these interactions. When I learned of a potential opening on the Board of the National Juvenile Defender Center, I jumped at the opportunity to bring my professional acumen, personal conviction, and curiosity to the work. I want to join the NJDC Board to address inequity in the juvenile legal system, learn more about processes and trends in youth defense, and leverage my resources to amplify the message the deepen the impact of NJDC. 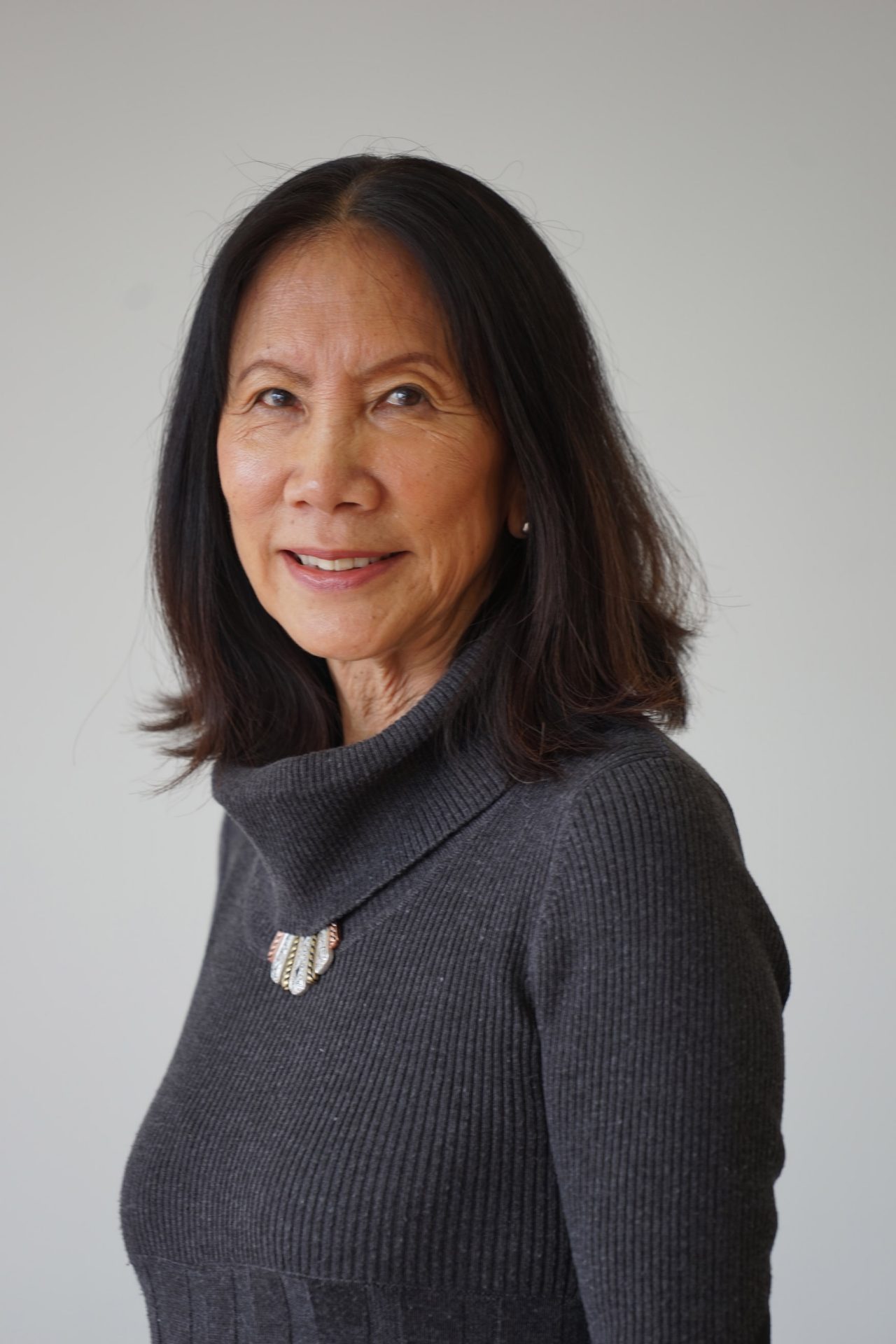 Ms. Lee has been a Deputy Public Defender in San Francisco and has been practicing in the Juvenile Court since 1981.  She is the managing attorney of the Juvenile Unit.  For the past 20 years she served as the President of the Pacific Juvenile Defender Center, a nonprofit established to preserve the integrity of the juvenile justice system by ensuring that each child in California receive a vigorous defense that affords all the statutory and constitutional protections guaranteed by state and federal law.  She is on the Family and Juvenile Law Advisory Committee of the Judicial Council, Center for Families Children and the Courts.  She was a core member of the John D. and Catherine T. MacArthur Research Network on Adolescent Development and Juvenile Justice.  She is a member of San Francisco Mayor London Breed’s Blue Ribbon Task Force to reform the San Francisco juvenile justice system and she is the Chairperson for the San Francisco Board of Supervisors Working Committee to Close Juvenile hall.